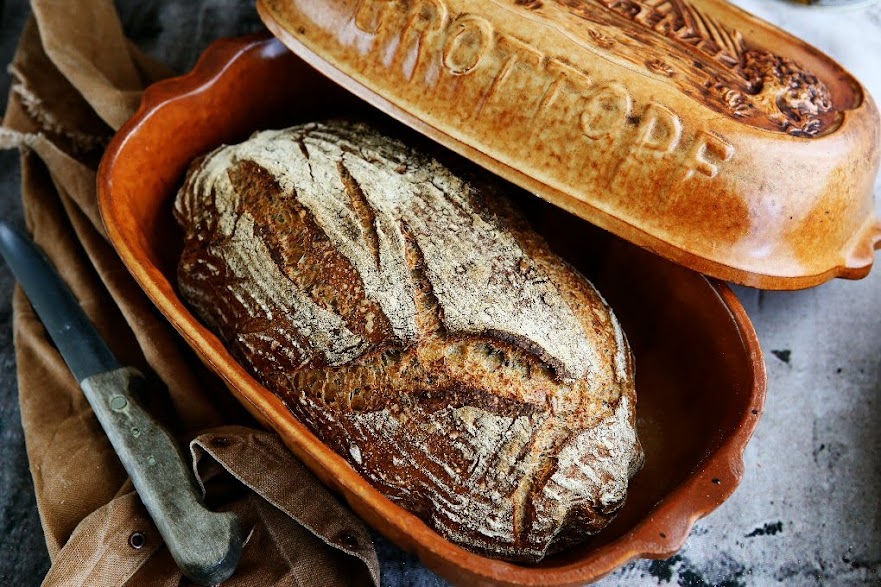 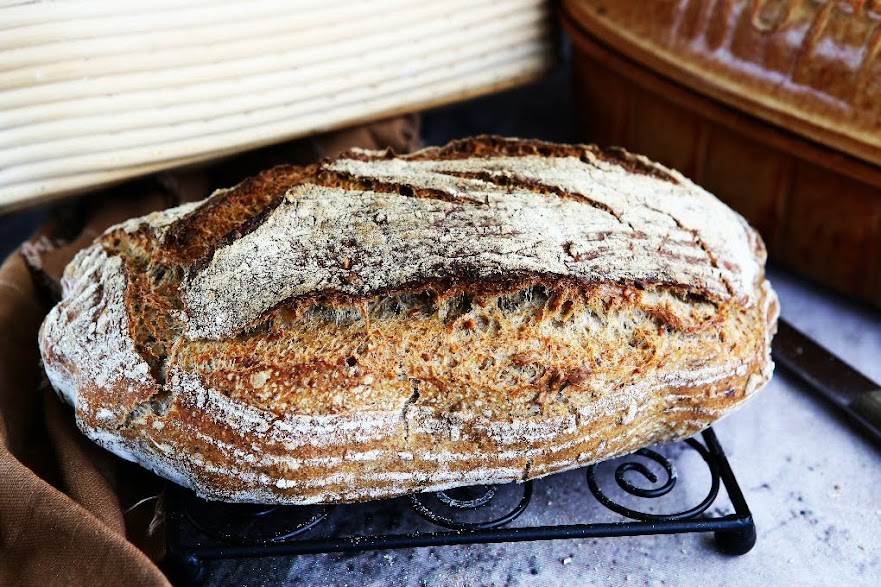 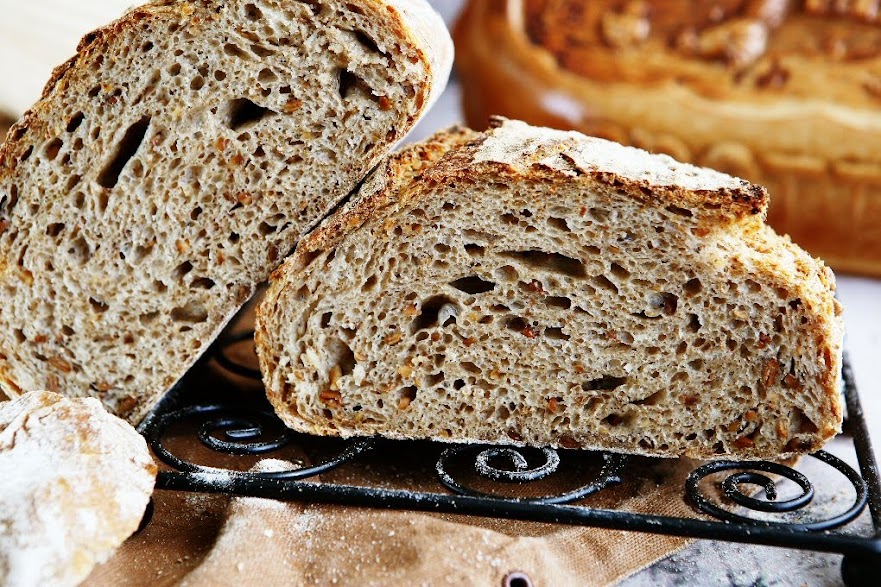 To keep bread fresh for longer, it really only needs one thing: more water. Easier said than done, because simply dumping more water into the dough just doesn’t work. Depending on the variety, flour can only absorbs a limited amount of liquid. The higher the W-value of a flour or its protein content, the more water can be bound. For example, the most highly refined soft flour has a W index of between 90 and 180. It absorbs up to 50% of its weight in water. Plain flour has a W index of between 180 and 250 and absorbs up to 65% of water. Spelt contains less gluten than wheat, and can therefore bind less water. As a general rule, the darker the wheat flour, the better its ability to absorb liquid. The lighter the flour, the more coarse-pored, fluffy and soft the crumb of a loaf can develop. Basically, old bread porridge is just flour cooked with water, which causes some of the starch to gelatinize, very similar to ‘tangzhong’ method, which helps retain a lot of moisture in dough. But in this recipe I am using old bread instead to make this ‘pudding or porridge-like’ starter.
I love adding nuts and seeds to my bread. If you do too, then one thing to rememeber is to soak the seeds and nuts beforehand. Otherwise, they take the moisture out of the dough and the bread will become dry again. The seeds are brewed with boiling water and get swollen with water. Cool it before adding to the bread, where they provide taste, bite and great nutritional value. 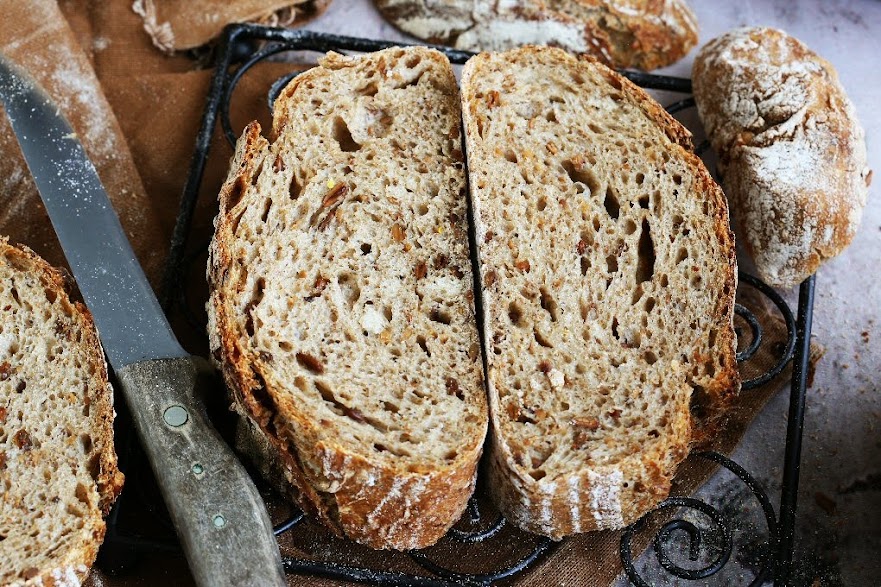 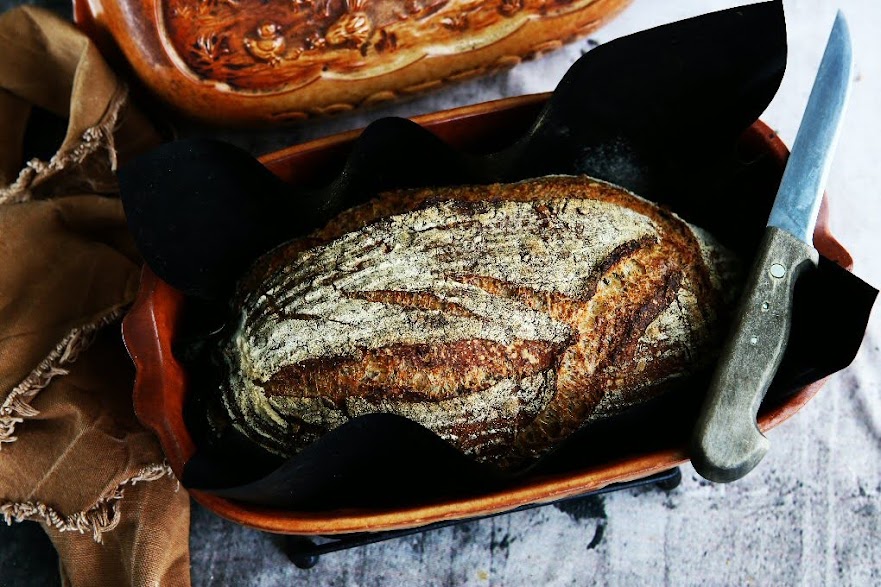 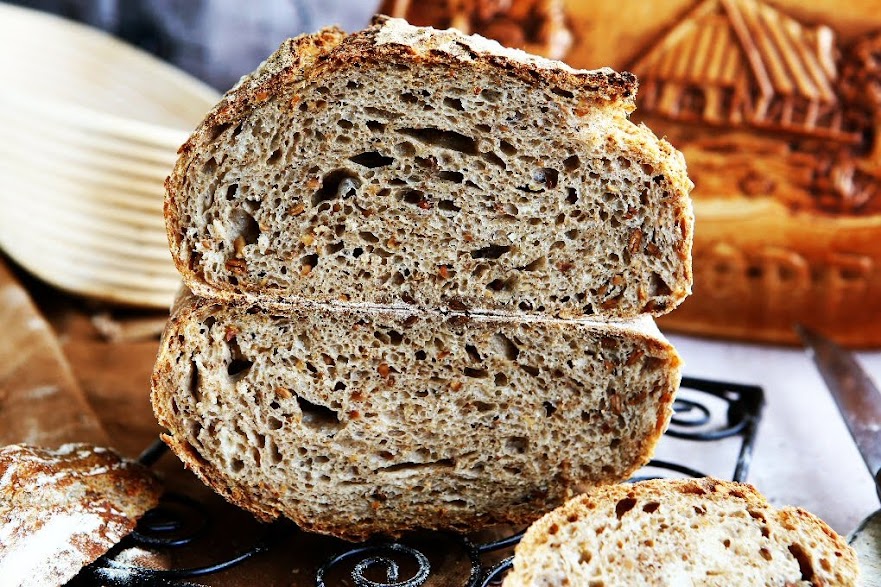