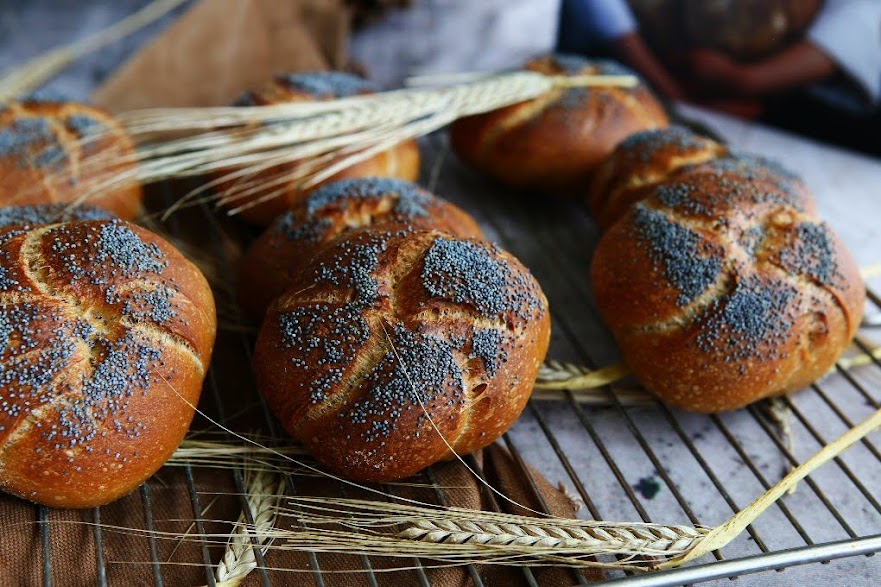 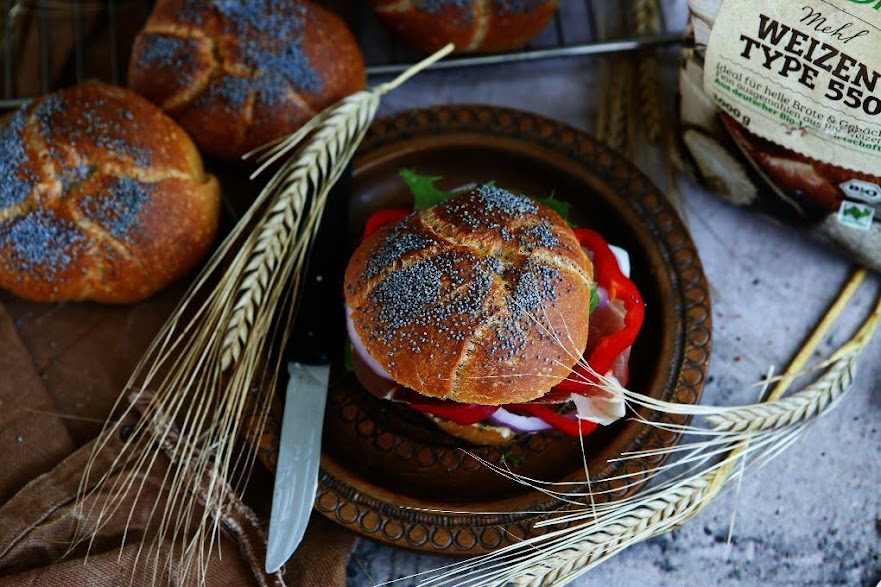 The distinguishing characteristics of a Kaiser roll / bun (In German, it’s known as a Kaisersemmel, Kaiserbrötchen or Sternsemmel) is the star pattern on the top, a thin, slightly crisp crust and a soft, dense, and chewy crumb. They are invented in Vienna, and thought to have been named to honor Emperor Franz Joseph. In the 18th century, the price and weight of the bread roll were regulated by law. In 1789, the bakers’ association therefore sent a delegation to Emperor Joseph II to ask for free pricing for the roll. The emperor was so impressed with the bakers’ craftsmanship that he approved the removal of the roll from the statutes and the roll was therefore called the emperor’s roll / Kaisersemmel.
They are excellent for all kinds of savory and sweet breakfast toppings but also a great base for any sandwich variations. The traditional method for sharing a kaiser roll requires a series of overlappign folds, like making a paper flower. I am using Peter Reinhart’s simpler knotted roll design showed on The Bread Baker’s Apprentice page 82. If you want them to be perfect, use a kaiser roll stamp or use an apple cutter to make the roll more like a rosetta.
Pâte Fermentée is the French word for ‘old dough’, a type of preferment that can either be freshly prepared or a piece of “old” bread dough separated from the last dough after bulk fermentation. It is made up of flour, water, salt and commercial baker’s yeast. It is the only yeasted pre-ferment that contains salt. It gives a complex flavour to the bread, it enhances crust colour and makes the gluten network stronger, making the resulting rolls significantly better than their commerical counterparts. 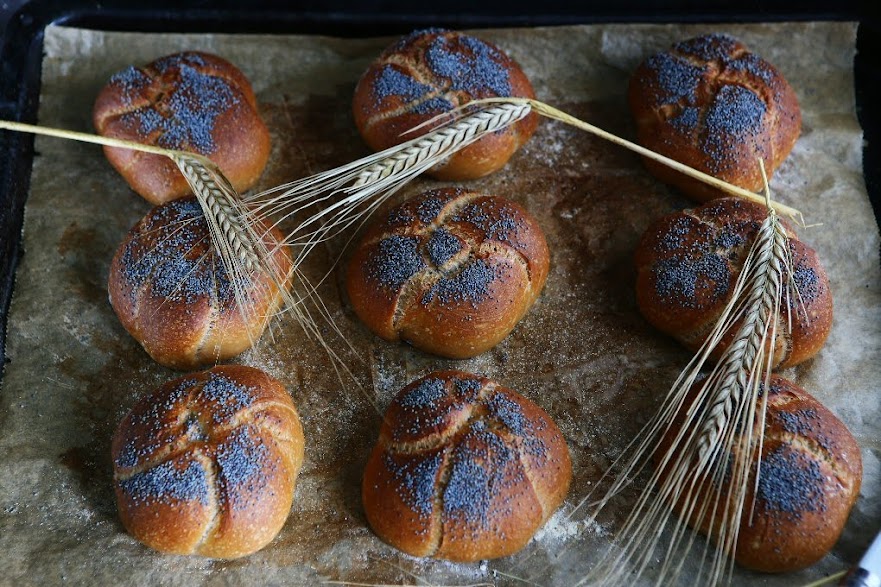 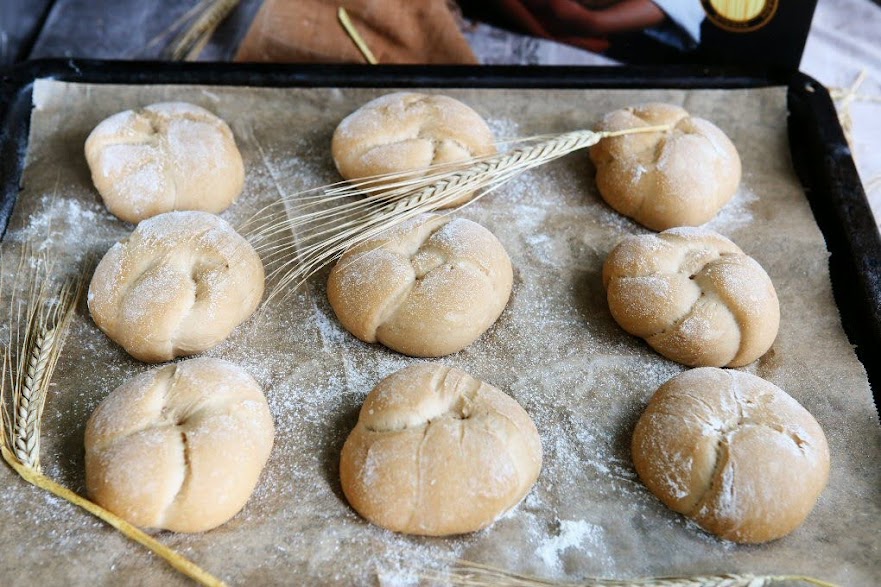 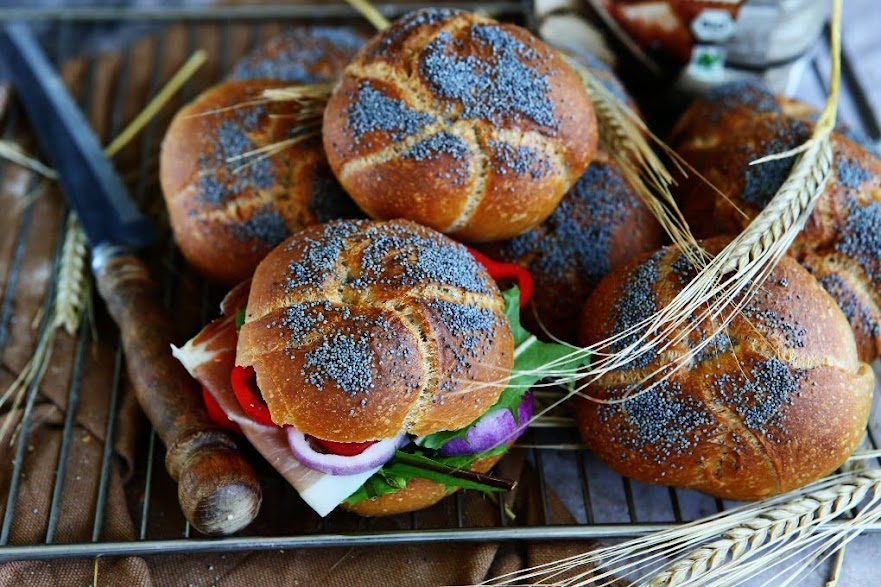