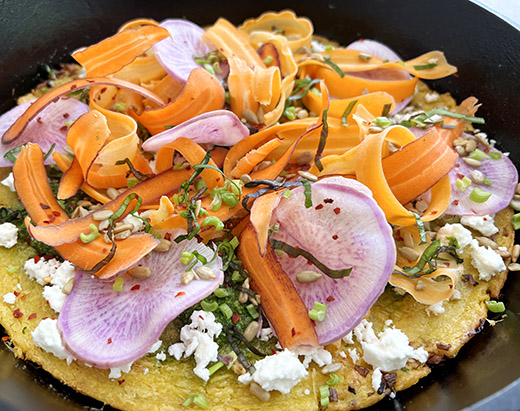 I’m in mourning. That’s the only way to describe it. I received a note in the mail informing me that Martha Stewart Living magazine will no longer be published. It was a shock because no announcement had been made in the magazine; I hadn’t seen anything about it on social media; and Martha did not call me personally to discuss the matter. How has this happened? I subscribed for at least 23 years and maybe longer. I’ve learned so many things from Martha’s tv shows, books, and especially the magazine that I read every month. Trust me, the jokes about Martha are not lost on me, but I’m a fan and have a huge appreciation for her expertise and ability to teach. I have a special file system just for pages I’ve cut from the magazine and kept over all the years of subscribing, and now nothing more will be added to it. I guess I have to try to move on. On the bright side, a lot of people have worked with Martha over the years, and they will continue to share what they learned from her. For instance, Jess Damuck worked with Martha in various roles including in the test kitchen of the Martha Stewart Living tv show, and her book Salad Freak is clearly influenced by this experience. I read my review copy with delight to learn of how Damuck made lunches for Martha by “preparing each component with more focus and attention that I even knew I had in me.” She became enamored with salads for freshness, flavor, and composition. The recipes are organized by season, and the photos display all the lovely colors and textures of each dish. Some are hearty salads as meals in themselves and some are lighter. There are salads with fruits and fruit-only salads. I’ll be turning back to the Winter chapter for all the uses of citrus, but there’s also a Caesar Salad Pizza in that chapter that I’m sure to try before the season arrives. In the Spring chapter, you’ll find the Martha’s Mango and Mozzarella with Young Lettuces salad that I want to try and not just because of the story about Martha in the head note. I made the Simple Egg Salad with Lots of Dill but made it a little less simple with some added pickled jalapeno and green onion. There’s an Ode to the Scuttlebutt salad that I loved seeing because it’s based on a sandwich from the former Saltie restaurant. I have the book of that name and made that sandwich for this blog once upon a time. And, there are lots of terrific salads with tomatoes for summer like the BLT Potato Salad and Snoop’s BBQ Chicken Cobb Salad with All the Good Stuff. Damuck mentions serving cut fruit and vegetables on ice and how refreshing that is in the summer. She also uses a melon baller in more than one recipe. I felt so validated by that. I love using a melon baller. So, of course, I made the Balled Melon as a Snack and served it on ice. When fall arrives, I’ll be making the Shredded Kale and Brussels Sprouts with Roasted Squash and Pomegranate salad and the Crispy Calamari with Carrots, Frisee, and Ginger salad. For today, I want to tell you more about the Carrot and Saffron Socca.

Saffron was steeped in warm water and then was mixed with chickpea flour and olive oil to make the socca batter. A cast iron skillet was warmed in the oven as it pre-heated. The warm skillet was then placed on top of the stove, oil was added, and sliced scallions were cooked before the socca batter was added. The skillet went back into the oven for 10 minutes before the broiler was turned on for a few minutes to brown the top of the socca. Meanwhile, I had some local carrots and daikon radish that I sliced on a mandoline. The slices were crisped in ice water before being drained and dried. The recipe suggests making pesto from the carrot tops, but mine didn’t come with tops. I used basil and parsley from my herb garden instead. The cooked socca was topped with the shaved vegetables, dollops of pesto, crumbles of local feta, sunflower seeds instead of sliced almonds in my case, and crushed red chiles. 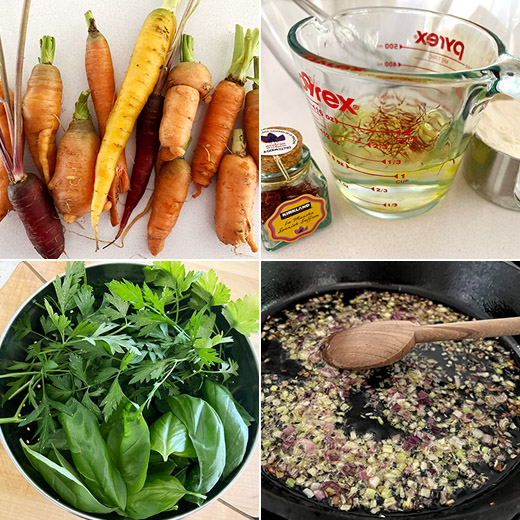 I loved everything about this dish. The saffron in the socca was divine and so was topping socca with a crisp, fresh salad. The ice water bath gave the shaved vegetables nice shapes and crunchy texture. And, the feta and pesto brought richness and great flavor. Maybe I’ll find a way to go on without Living magazine in my life–but only if I keep coming across books like this full of really good ideas. 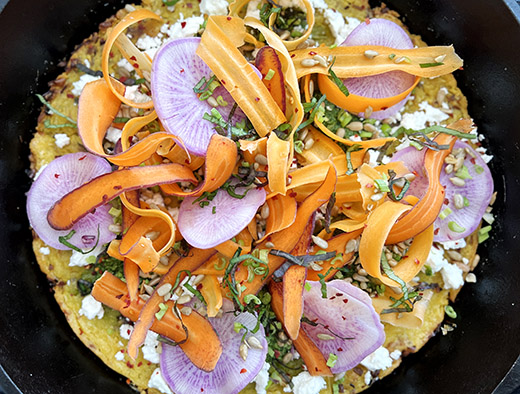