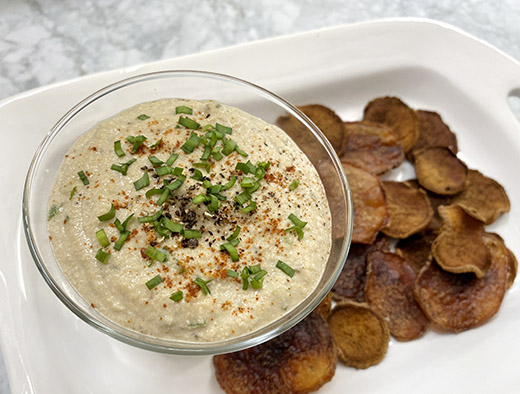 With most cookbooks, there are chapters that just aren’t for me since I don’t eat red meat. I like reading cookbooks all the way through to see what new things I learn, but I don’t end up using the meat recipes unless there’s a sauce that I repurpose with a different protein. It’s a completely different experience when I read a cookbook focused on fish. I received a review copy of Foolproof Fish: Modern Recipes for Everyone, Everywhere

from America’s Test Kitchen and quickly fell for this book filled with recipe after recipe that I wanted to try. As is customary with America’s Test Kitchen, you can rest assured that every technique in every recipe has been investigated to arrive at the best procedure for each dish. There are instructions for everything from removing bones and skin to properly flipping delicate fillets in the pan. Each recipe begins with a description of “Why this recipe works.” One of the first recipes in the book, the Miso-Marinated Salmon, caught my eye because the “why it works” description explained how the miso cures the salmon if you marinate it long enough. I also realized that other miso salmon recipes I used in the past never recommended scraping the marinade off the fish before cooking. Right away, I realized what a better approach that is. After enough time marinating, the flavor has been absorbed by the salmon, and the excess ingredients will be too thick for a nicely lacquered finish. And, then I just wanted to make everything as I turned the pages of the book. Baked Halibut with Cherry Tomatoes and Chickpeas and Israeli Couscous with Clams Leeks and Tomatoes are two examples of quick, one-pot meals but there are several. I loved the idea of poaching cod fillets in a Thai-inspired coconut broth with lemongrass and ginger. There’s also a Hot-and-Sour Soup with Shrimp and Rice Vermicelli that sounds delicious. Classics abound like a lobster roll, shrimp po’ boy, gumbo, crab cakes, and clam chowder. I got distracted by the Peruvian Ceviche with Oranges and Radishes but then started cooking from the book by making the Shrimp Burgers topped with classic tartar sauce before I set about making the Anchovy Dip.

When I announced I was making anchovy dip, Kurt was uncertain. He likes anchovies; he just wasn’t sure that making a dip of them would be a good idea. I, on the other hand, knew it would be good. I had the gall to make a couple of small changes to the recipe despite the testing it had already undergone. The recipe calls for blanched almonds, but I used raw cashews because I had them on hand. And, I skipped the suggested raisins for sweetness. To start, the nuts were boiled until soft, about 20 minutes, and then they were drained and rinsed. The nuts along with anchovies that I had soaked and drained and water, lemon juice, lemon zest, fresh garlic, Dijon mustard, pepper, and a pinch of salt were pureed in a food processor until smooth. To go with the dip, I returned to one of my favorite ways of making chips. I slowly baked thin slices of sweet potatoes and Yukon gold potatoes. 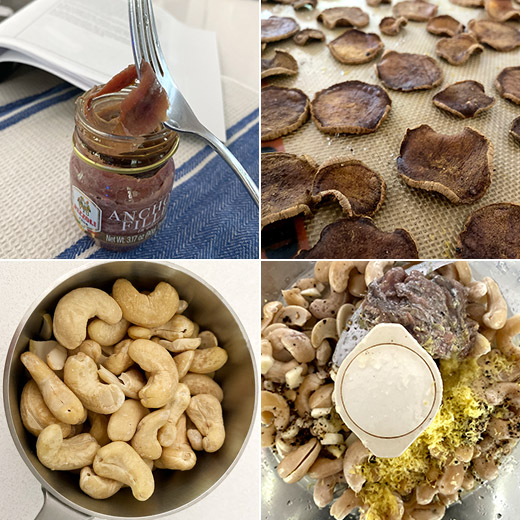 By pairing the anchovy dip with homemade, baked potato chips, the snack became fish and chips. And, the dip was a smooth, savory delight. It was like bagna cauda made thick with the cashew puree. The anchovies gave it lots of great flavor that wasn’t overpowering at all. Whether you’re looking for the best approach to cook your favorite seafood dishes at home or for something new and different, this book has you covered. 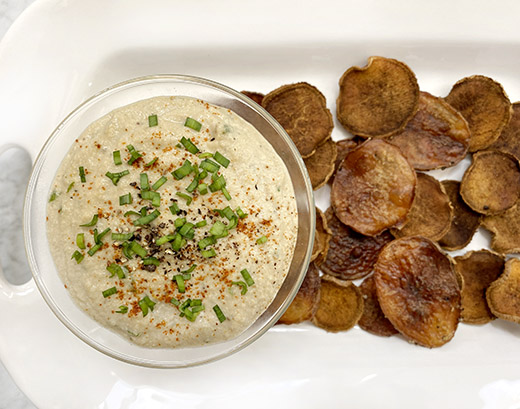