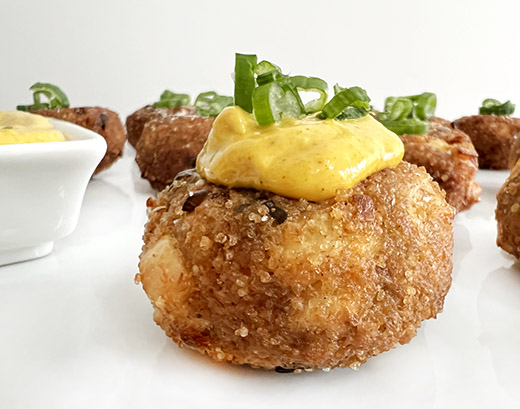 In 2017, Joshua McFadden’s Six Seasons became a favorite of mine. I live for the brined and roasted nuts from that book and make that recipe with every kind of nut on regular rotation. I grab the book for seasonal inspiration for every vegetable too. So, I knew I was going to enjoy cooking from his new book, Grains for Every Season, of which I received a review copy. He explains in the introduction that this book is not intended as an encyclopedia of all grains. Rather, it’s an exploration of the grains he cooks with often. The chapters are titled by type of grain, and each starts with specific info about the grain, cooking times, and nutritional details. I read through the book, then immediately started jumping from one chapter to another trying various dishes. And, I have several pages marked with more things to try. There are simple things like the five different seasoning suggestions for popcorn, and there are more time-consuming recipes like the Whole Wheat and Ricotta Cavatelli. For the cavatelli, a particular machine is suggested, Elisa’s Cavatelli Maker from Fante’s, and I had to stop everything to search for it online. Then, I got distracted by the Blonde Blondies because apparently, blonde chocolate, also known as caramelized white chocolate, has become a thing you can buy rather than make yourself and no one told me. Next, I was fascinated to learn that McFadden previously worked at Franny’s in Brooklyn before it closed, and the Franny’s cookbook is another favorite of mine. For years, I’ve been meaning to circle back to the Franny’s book for the clam pizza. It’s a little involved, but I still want to give it a go. In this book, that very clam pizza is reimagined as a slab pie with a whole wheat crust. It has white wine and cream sauce with lots of shucked clams. There are several other pizza topping ideas too. In the wheat chapter alone, there are tortillas, pitas, English muffins, and even whole wheat angel food cake. Spelt flour is used for a Savory Morning Bun, freekah appears in a Seafood Chowder with Potaotes and Corn, and farro is made like risotto in the style of cacio e pepe. Clearly, I’m finding a lot to like in this book. Here’s what I’ve made so far: Tabbouleh for Every Season; Super-Crisp Flatbread That Tastes Like Cheez-Its (only better I say); Wild Rice Salad with Roasted Beets, Cucumber, and Dill; and Snack Bars with Quinoa, Mango, Nuts, and Coconut. And, I have to tell you more about the Crispy Fonio Cakes.

This recipe is from the Millet chapter, and millet always used to be easy enough to find at the grocery store. Things happen these days. Some days supply seems normal, other days things I depend on finding just aren’t available. So it was with millet. But, fonio was available, and it’s a great substitute for millet. Also, the recipe called for shrimp, but I opted to go plant-based and used chopped hearts of palm instead. The cooked fonio was mixed with the chopped hearts of palm, green onions, Cajun seasoning, lemon zest, yogurt, and flour and the mixture was formed into fritters for frying. The recipe as written in the book appears below. To serve, there’s a list of optional sauces, and all the recipes for those sauces are at the back of the book. I chose the Turmeric Mayo made with mayonnaise, Dijon mustard, ground turmeric, lemon juice, onion powder, and salt. 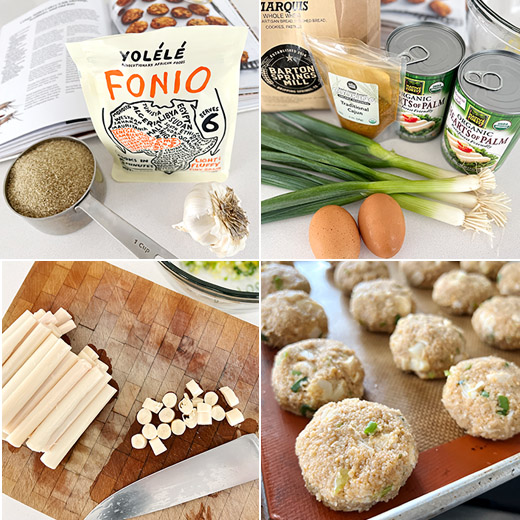 Despite the liberties I took with the ingredients, these crispy cakes were delicious, and the turmeric mayo is something I’ll make again and again for lots of other uses too. Often, there are whole chapters in cookbooks that I never use. For instance, if a chapter is devoted to beef dishes, I will probably never cook from it. But, every chapter in this book is of keen interest to me. All the grains and all the ways they’re used will keep me busy in the kitchen with this book.

These tasty, golden-crusted patties are a brilliant showcase for millet. The grain’s neutral flavor lets the mild shrimp shine and nicely absorbs the ever-so-spicy Old Bay flavors. Millet’s texture is tender but toothy, which makes the patties substantial enough to serve on a bun as a seafood sandwich with a slice of tomato and some crispy iceberg lettuce or with an egg on top for breakfast. And millet is gluten-free, so if you use millet flour as the binder, you’re good.

1 cup (120 g) millet flour, barley flour, or brown rice flour (or any wheat flour, if you are okay with gluten)

Put the millet in a medium saucepan and add water to cover by 3 inches (7.5 cm), 1 tablespoon salt, and the garlic. Bring to a boil, cover, reduce to a simmer, and cook until very tender and no longer chalky, about 20 minutes.

Drain the millet and garlic, shaking to remove excess water. Let sit for a few minutes, then spread it onto a baking sheet and let dry, raking through the grains a few times for even drying.

Smash the garlic with a fork, but leave in the mix.

Cut the shrimp into small pieces, so that they distribute well in the fritter mix, but large enough that they remain succulent. Cut “large” shrimp into 10 pieces.
Transfer the millet to a bowl. Add the shrimp, scallions, Old Bay, and lemon zest. Toss to mix.
Whisk together the eggs and yogurt in a small bowl and fold into the millet mixture. Let sit for a couple of minutes, then fold in half the flour—add only enough to make a shapeable batter. To test, shape about 1/4 cup (60 ml) of batter into a little puck. If it holds together, you’re good. If it’s too sloppy to hold together, stir in a bit more flour and repeat the test.

To cook, arrange a double layer of paper towels on a tray. To shallow-fry, pour about 1/4 inch (6 mm) of oil into a large heavy skillet. To deep-fry, pour 3 inches (7.5 cm) of oil into a deep pot (be sure the pot is deep enough that the oil can’t bubble up and overflow). Heat the oil to 335°F (168°C). Add a few patties and fry until deep golden brown and fully cooked inside (including the shrimp), about 4 minutes on each side, depending on the size of your patties. (Don’t overcrowd the pan, and wait a few seconds before adding more patties so the oil temperature doesn’t dip.) Remove with a slotted spoon and drain on the paper towels; cook the remaining patties.

Serve hot, with lemon wedges and the condiment/sauce of your choice. 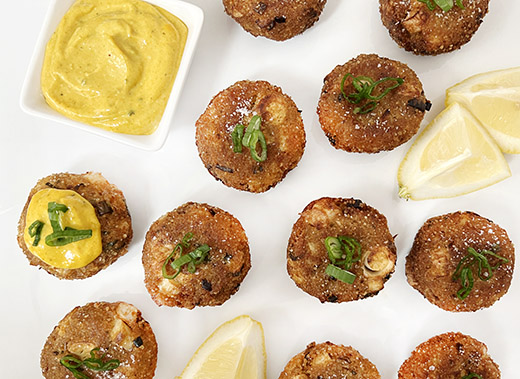