We miss Disney World so much that I’ve taken to making one of our favorite breakfast items from the buffet at Crystal Palace, Pooh’s Puffed French Toast, so we can pretend we’re there. It’s a lot easier to make than it seems and a nice twist on the usual French toast. 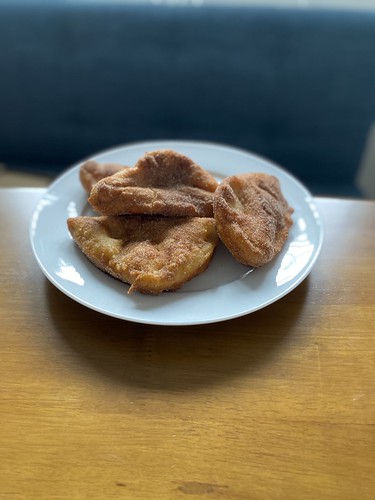 And, bonus, the leftovers are pretty good reheated. Not crispy and crunchy, but still delicious. 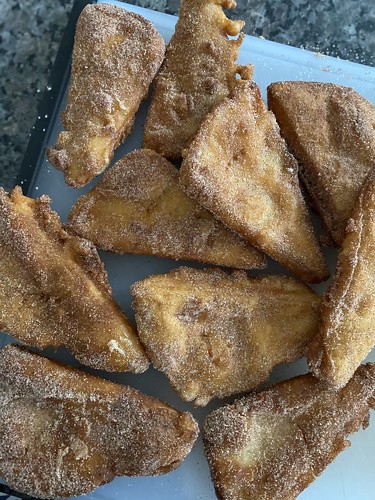 This makes a lot of servings so I cut the original recipe in half.

Combine sugar with cinnamon and set aside.

Combine baking powder and flour together in a bowl. Whisk milk, salt, egg, sugar, and vanilla in a measuring cup until well blended. Add to the flour and mix until smooth, adding more milk if the batter is too thick.

Cut bread diagonally into triangles. Dip pieces in the batter, allowing excess to drip off.

Heat about a 1/2″ of oil in a large non-stick skillet over medium-high heat. Fry the battered bread pieces until golden brown on both sides. Drain on paper towels and then roll in sugar/cinnamon mixture while still warm.